And ever since trying smoked tomatoes a few years ago, I also love smoked tomatoes. With a few Roma tomatoes that needed something done to them, I thought hmmmm, let’s try and combine both.

Well, the smoking part of this little experiment was a total fail, and I’m not sure why, given the amount of smoke that was BILLOWING out of the BBQ – I seriously thought the neighbours were going to call the fire department at one stage!

But regardless, the BBQ-dried tomatoes cooked perfectly and taste amazing. Very rich and tomatoey. Regardless of the lack of smokiness. 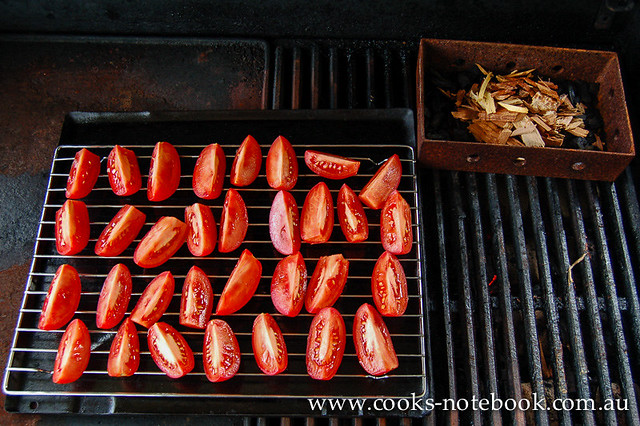 So what do you do?

I have a little smoking box that I filled with wood chips (that I bought, not ones I chipped off a tree in the backyard…). However my smoking box didn’t really work for me, so I’m not going to tell you more about that little fail! But if you have tips, please share.

Grab your tomatoes (I used Roma), and make sure they are really ripe. Slice into wedges and pop them on a rack on a baking tray. You want the tomatoes to be elevated so they dry more quickly.

When the BBQ is hot (mine has a temperature gauge), turn off the two middle burners, place the tray of tomatoes in the middle of the BBQ and close the hood. You want the temperature to remain around 150c, a bit less is OK, try not to have it much hotter.

Cook for about 60-90 minutes, depending on how dried you like them, and how much your BBQ heats up. I had to adjust the temperature down a few times on mine. 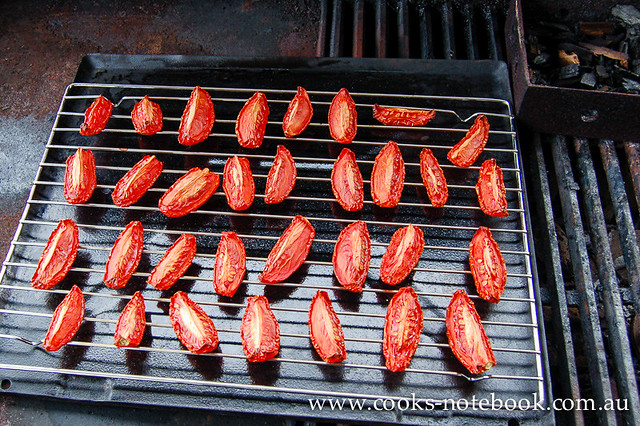 While waiting I sat on the back deck with a book, and I had a bit of a chat with these friendly little guys. Aren’t they gorgeous? I think our crazy chickens might have been a bit jealous given the ruckus they were making! 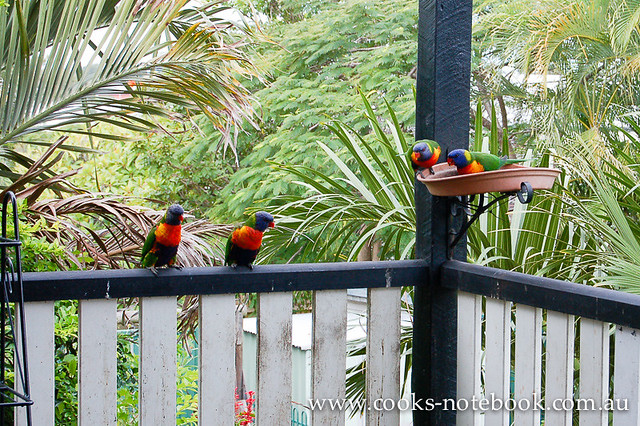 Once they were cooked I had a taste – not a lot of smokiness. However this has *slightly* intensified over the last two days in the fridge.

The day before my BBQ-dried tomato effort I made bread rolls for the first time in almost forever! These are seriously divine. Thanks to fellow Thermomix lover Tenina for sharing her recipe on her blog. (I deviated from her recipe by using about 150g wholewheat spelt flour as I ran out of baker’s flour. It was that sort of weekend…). 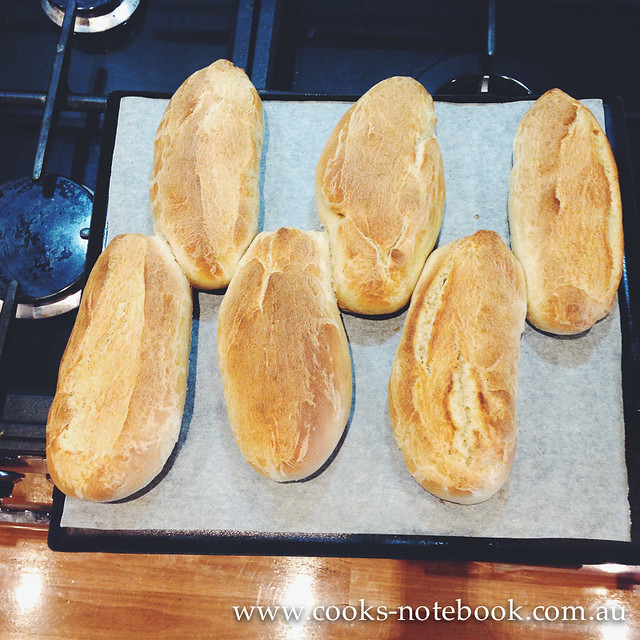 The tomatoes were divine on slightly toasted day-old rolls with a beautifully soft goat cheese, bit of sea salt and cracked black pepper. No, I didn’t eat all three pieces, but I so easily could have! 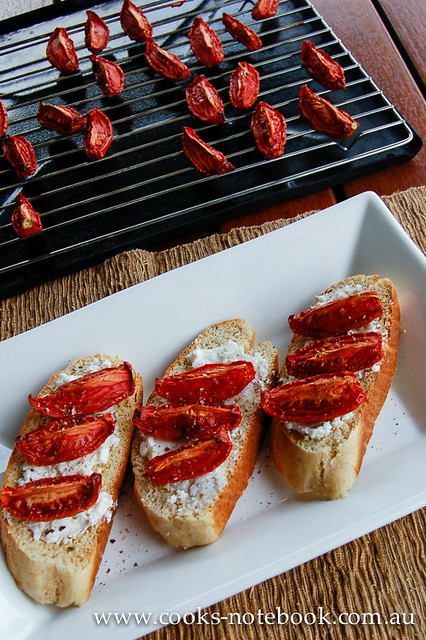 Store the leftover tomatoes in the fridge with a bit of oil drizzled over. They should last about a week, if not gobbled sooner.

Are there any foods you have cooked on a BBQ instead of in the oven?