Happy 2015! I have such clear memories of being 25 (way back in 1995) and thinking wow, only five years until the year 2000. The thought of time beyond that hadn’t actually occurred to me.

It has been a quiet and lazy start to 2015 for me. I am still technically on holidays (but back to work on Monday) and have been spending a lot of time lazing on the couch with a book in hand, a cup of tea on the coffee table, and the TV with the cricket on.

Monday is going to be a shock!

In my January kitchen is…

… a table full of locally produced food. I had my first visit of the year to the farmers markets this morning, and it was beautiful. Our closest Saturday markets have just announced they will now be weekly, which is great news as they are near the river where I like to walk. One of my 2015 goals is an increase in fitness, which includes walking 10,000 steps a day. Given my very sedentary lifestyle, this means I need to go for at least a one hour walk most days  to even get close to it.

I didn’t need a lot from the markets as I still have quite a few veggies and two thirds of a box of mangoes I bought last weekend at a veggie stall at Tiaro, on our way home from visiting my in-laws in Maryborough. The bread is Levain olive and rosemary sourdough, one of my favourites, and the hot smoked salmon is an extravagance I decided I needed. It’s nearly all eaten. I’m going to stuff the little peppers and bake them – not sure how, so please give me any suggestions!

In my January kitchen…

… are a pile of cookbooks. Some new and some I have had for ages and want to use more. My beloved and I always give each other a couple of books for Christmas, and this year I received Prune and a book on fermented foods. Both are slowly being read cover to cover, and I’m getting a lot of ideas for meals over coming weeks. 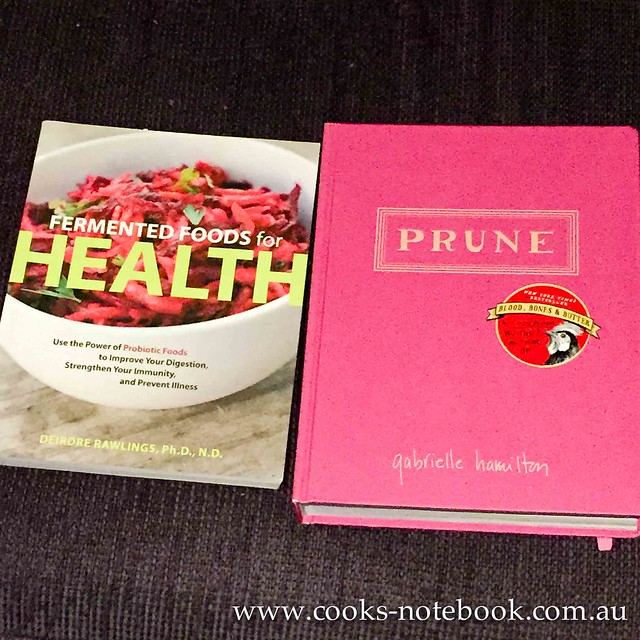 The second pile of books are a few I grabbed recently to do a bit of meal planning. Another of my goals for 2015 is to make at least 50% of my meals vegetarian. It’s far too easy to eat meat at every meal. Hello bacon. mmmm. 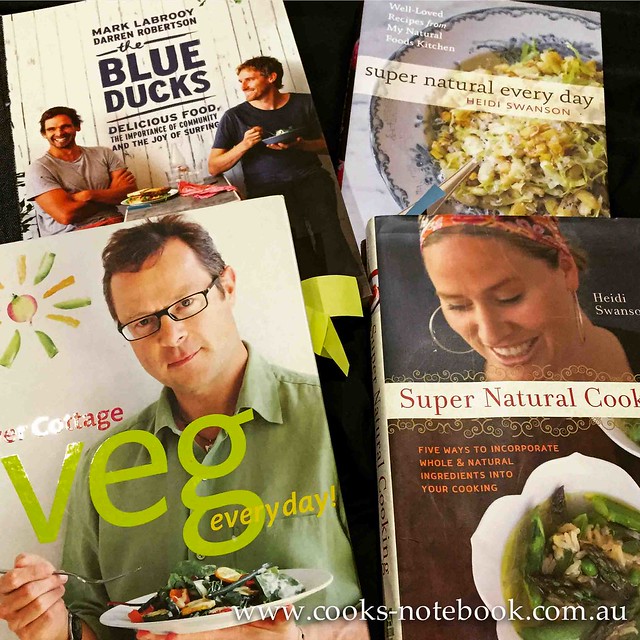 … was a large amount of goodness kindly given to me by Dello Mano*. I met Deb a little over four years ago and I have loved her and her brownies ever since. Dello Mano is a real Brisbane food success story, that has come about from Deb and Bien’s sheer determination, passion and generosity. And a massive amount of hard work. I’m sure they gave away many more brownies than they sold in those early days – but as Deb said to me, how will people know how amazing our brownies are if they don’t get a chance to try them? I’m sure it’s this attitude of generosity that has contributed so enormously to their success. These brownies are their special Christmas pudding brownies, they only form of Christmas pudding I love. And only available at Christmas. 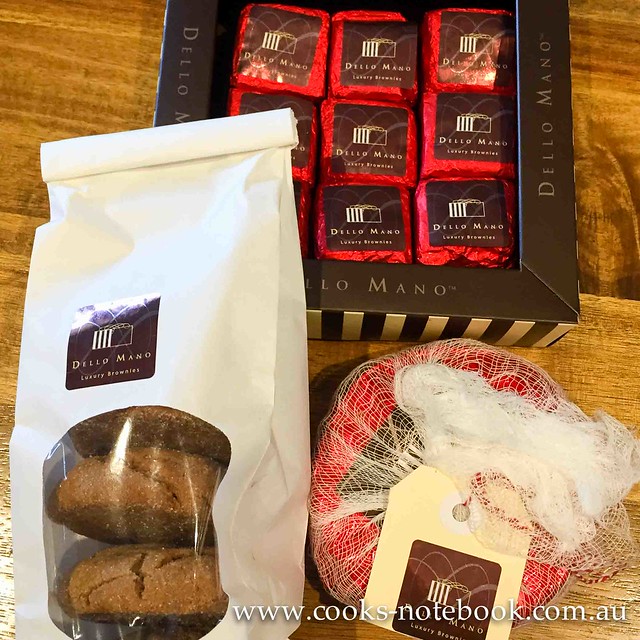 … were many, many spiced nuts. Growing up we always had nuts at Christmas – usually in their shell – but I like this version. I’ve made a couple of trays and they are great to share when people pop in, or to give as gifts, or to have as a healthier snack. 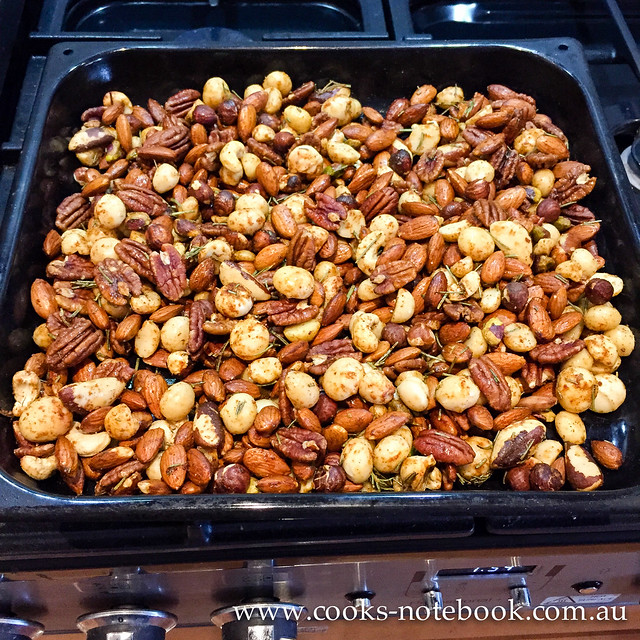 So, that’s my kitchen for this month. What’s in yours?? Any newly acquired goodies?

If you want to see what’s in a few other kitchens, then read the monthly roundup, hosted by Celia’s from Fig Jam and Lime Cordial.

* Starred items were gifted to me in accordance with my editorial policy. I have not been paid to write about any of these products. All opinions are mine unless otherwise mentioned.