Recently I have been reading quite a few of my cookbooks (I have more than a few!), and realised that while I love to read them, there are many I haven’t yet cooked from.

So, inspired by Brigitte from My Delicious Year, I’ve set a challenge of cooking the books – cooking from as many of my cookbooks as I can during the year. And, to keep things interesting, make a recipe from each book that I haven’t previously made. I would love to make it to 300 new-to-me recipes from 300 books. 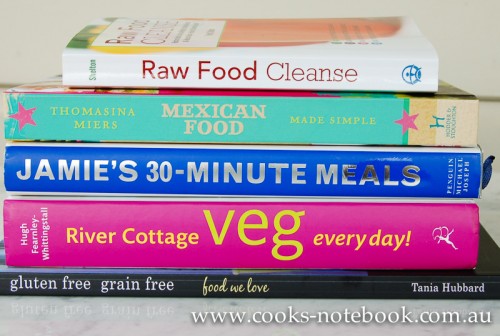 I made a few modifications as I cooked the chicken thigh fillets in large pieces on the BBQ, used mung bean noodles for the salad, needed to add extra of some ingredients to the satay sauce as it was pretty bland, and had too much lime as per the recipe.

The verdict: I love Jamie and have most of his books. This recipe was easy and enjoyed by all. Yes, I would make this one again. The leftovers for lunch the next day were also full of flavour, although the cashew nuts were soggy.

I’ve cooked a few recipes from this book in the year or so since I bought it and they have all been great. This, however, is the best salad I’ve eaten in ages, possibly ever. Yes, it was even better than my previous favourite haloumi salad. A big call I know. The combination of roast pumpkin and garlic, mushrooms cooked in butter, sage and blue cheese was an absolute winner. I served it with steak, as beef and blue cheese is another of my favourite flavour combinations. This salad actually didn’t need the addition of a side of meat, but I know the males in the house would have complained had it not. 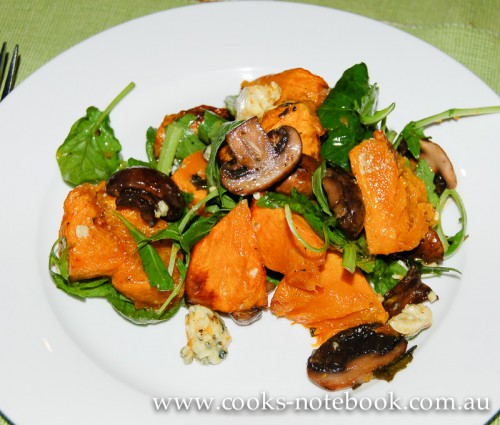 I went to a workshop Tania Hubbard ran about 8-10 weeks ago and was so impressed I bought her book. I have made a couple of recipes out of it so far – her gluten free grain free bread is SO EASY – and I am eyeing off her haloumi and zucchini salad for lunch one day soon. This time I made the very simple date squishies. Not just because I love the name! I’m trying to eat less chocolate and sweet, sugary treats, and this snack is a good replacement for those. Simple to make, just blitz dates, cacao, cinnamon and ginger, roll into balls and roll in coconut. It took less than 15 minutes.

An unexpected phone call from friends in Sydney asking if we were free for dinner as they would be in town for the night had me reaching for a few cookbooks as I wondered what to make. As Catherine loves food as much as me, AND is a nutritionist, I knew it had to be healthy as well as tasty. I kept being drawn back to the cilantro lime dressing in Raw Food Cleanse (no idea WHAT possessed me to ever buy that book…), so knew I had to develop a meal around it.

The main course was from one of my favourite books, Mexican Food Made Simple, a book I have fed many friends from. Technically this book and recipe is not part of this challenge as I’ve made this a few times. While the recipe calls for the chicken to be cooked on the BBQ, there is so much marinade that I always bake it like a casserole. I always cook at least 1.5kg of chicken thigh fillets as it is even better 2-3 days later once the flavours of the marinade have developed (which include onion, garlic, tomato, orange, red wine vinegar, coriander, chipotle, soy sauce, oregano, Worcestershire sauce).

I served these with a simple salad and a mix of basmati and wild rice. Not a lot was leftover.

So that was week one! I’m now partway through week 2, and have spent a bit of time this morning scouring Eat Your Books to find which of my cookbooks has a great recipe that can use up the big chunk of pumpkin in my fridge.

Read next week to see what I’ve made. 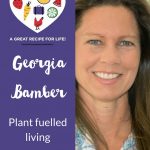 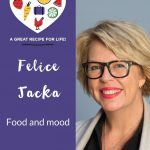